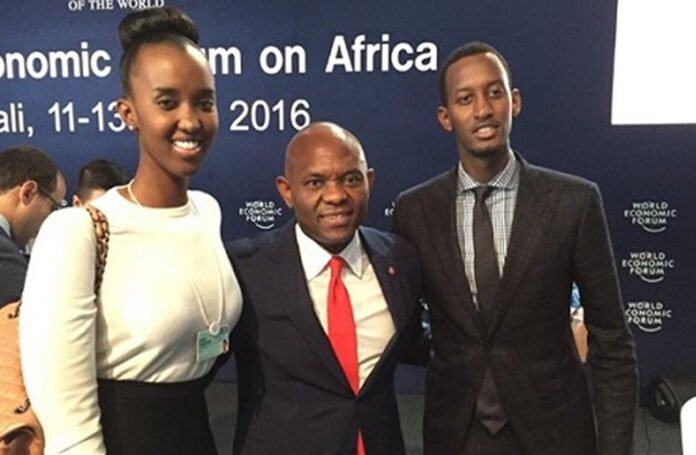 I grew up in Africa in the ’90s, a period now often called the continent’s lost decade. It is a decade that many Africans associate with tanking economies, civil strife, senseless slaughter, and devastating epidemics.

But since the turn of the millennium, Africa has pursued peace, witnessed economic revival, combated diseases, and improved the lives of millions of people. Through more synergetic partnerships between governments, their communities and various development agencies, we are witnessing a new dawn for our continent.

Yet for my peers – young men and women who were born in that trying decade – and those younger than us, a dark cloud hangs over us. Right now on our continent, AIDS is the leading cause of death among adolescents aged 10 – 19 years old. HIV is claiming the lives of young people, and those of women my age at an alarming rate, as more than 7,500 girls and women aged 15-24 will be infected with HIV this week. In the hardest-hit countries, girls account for more than 80 percent of all new HIV infections among adolescents. For a disease we can prevent and treat, this is unacceptable.

To end this unjust and daunting reality for adolescent girls and young women, the world must work faster and harder in the fight against HIV. Governments and development partners must meaningfully engage with us not only in the fight against HIV, but also in holistic aspects of development – education, economic opportunity, reproductive health. As empowered adolescent girls and young women, we will not only defeat HIV, but we will also lead prosperous and purposeful lives for ourselves and future generations.

To end the HIV epidemic affecting young women and girls, governments and their development partners must continue investing in broad programs that look at the totality of the lives of adolescent girls and young women. These efforts must go beyond providing treatment and prevention, and focus on the overall development of this group. They must reach adolescent girls and young women with broader services that span across health and education while offering them social protection, including awareness campaigns to help fight stigma. Girls should be supported to stay in school and get a good education, to truly level the playing field.

These programs have been proven to reduce the likelihood of girls being infected with HIV, and they also have wide-ranging impact among young women and girls, and across their communities. For every extra year of schooling, for example, a girl’s income increases by 10 percent, she’s less likely to marry early, and she is more likely to have a healthier family – and she’ll be more likely to be able to choose if and when she decides  to have a family.

To get there, government, communities, and development partners have to be radical in their approach. They have to challenge every barrier to political participation that young women face and understand what young women and girls need to stay safe and live their lives on their own terms.

With high HIV infections among young people and the growing numbers in this demographic, especially in Africa, the global fight against HIV cannot be won without them. It is time to put young people front and center in the response. That means going beyond involving them in program planning and implementation, to including them in decision-making.

In the 1990s, we were too young to take part in shaping the response to the issues of the time or to grasp the long term consequences of those events. Today, we are in a different reality. We have the knowledge, the passion and the energy to lead and achieve lasting victory against the HIV epidemic. As a matter of fact, we are already taking action across the continent – in South Africa, young women are joining Rise Clubs to support and educate each other about HIV. In Kenya, young women are creating savings clubs to reduce the economic vulnerability that drives the spread of HIV. In Rwanda, a country known for embodying gender equality and promoting youth empowerment in all sectors of development, programs that focus on youth and women are achieving great impact. For instance, concerted efforts between different health sector stakeholders and the community have helped the country achieve tremendous results in the fight against HIV, with significant reduction in the mother-to-child transmission of the virus – from nearly 10 percent to 1.8 percent in the past 10 years.

To quote, Executive Director of UNAIDS Michel Sidibe’s call to action at the opening of the July 2016 International AIDS conference in Durban “Complacency is the new conspiracy—and it must be broken! Our progress is incredibly fragile. If we do not act now we risk resurgence and resistance.”

It is now up to us the youth, to answer the call, stand up and join the efforts of governments and partners to ‘start free, stay free, AIDS free’ by 2020.

We have what it takes to change the course of our generation’s destiny. Will we all rise to the occasion?

Ange Kagame is an advocate for female empowerment and the daughter of Paul Kagame, President of Rwanda. The text is adapted from www.theglobalfund.org.