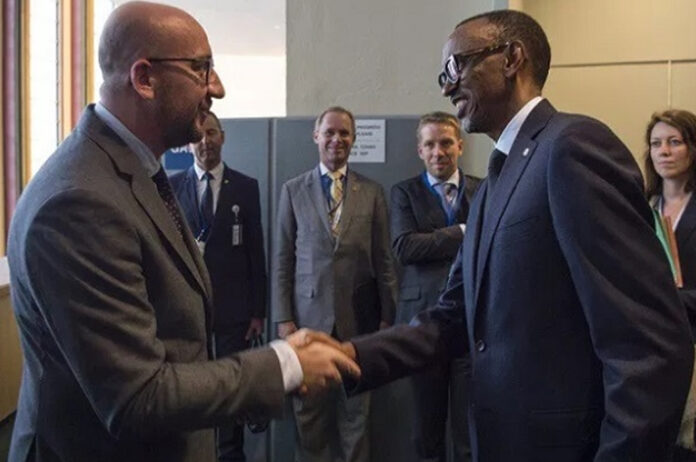 Rwanda President Paul Kagame has arrived in Belgium to attend the 12th edition of the European Development Days (EDD), which runs from 5-6 June 2018.

Themed ‘Women and Girls at the Forefront of Sustainable Development: protect, empower, and invest’, this year’s EDD meetings will focus on the vital role of women and need for their full and equal participation and leadership in achieving SDGs.

For Rwanda, the meetings present an opportunity to exchange on bilateral matters, regional and global issues.

While in Belgium, President Kagame will meet with King Philippe of Belgium, and hold bilateral talks with Belgian Prime Minister Charles Michel.

I’m Thinking About the Future of Rwanda, Not the Third Term-...